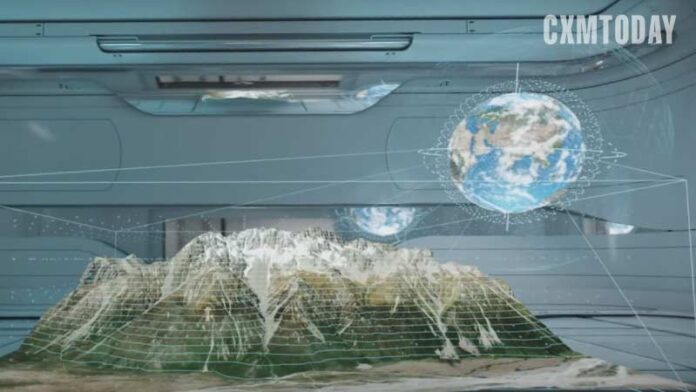 There is a growing overlap between computer graphics, the metaverse, and AI, and that overlap is exactly what was demonstrated this week at the SIGGRAPH 2022 conference, where Nvidia is revealing its latest set of software innovations for computer graphics.

Nvidia announced a series of technology innovations that bring the metaverse and AI closer than ever. Among the announcements is the Nvidia Omniverse Avatar Cloud Engine, a set of tools and services designed to build AI-powered virtual assistants.

The company also announced a number of technological efforts to advance its computer graphics generation capabilities for Metaverse applications. One of the efforts is the new NeuralVBD library, the next generation of the OpenVBD open-source library for sparse volume data. Additionally, Nvidia is working on enhancing the open-source Universal Scene Description (USD) format to help further enable Metaverse applications.

“3D content is especially important for the Metaverse because we need to put stuff into virtual worlds,” Sanja Fiedler, VP of AI Research at Nvidia, said in a press briefing. “We believe that AI exists for 3D content creation, especially for the metaverse.”

Computer graphics are no longer just rendered images, they can have much more to do with the concept of neural graphics.

Fiedler explained that the purpose of neural graphics is to integrate AI capabilities into different parts of the graphics pipeline. The addition of AI can accelerate graphics in a wide variety of applications, including gaming, digital twins and the metaverse.

At SIGGRAPH 2022 Nvidia along with Kaolin WISP and NeuralVDB announced a pair of new software development kits (SDKs) that apply the power of neural graphics to the creation and presentation of animation and 3D objects. Kaolin WISP is an extension of an existing PyTorch machine learning library, designed to enable rapid 3D deep learning. Fiedler explained that Kaolin WISP is about neural fields, a subset of neural graphics that focuses on 3D image representation and content creation using neural techniques.

While Kaolin WISP is all about speed, NeuralVDB is a project designed to support compact 3D images.

According to Rev Labradian, VP of Omniverse and Simulation Technology at Nvidia — one of the most important but perhaps least understood aspects of building the Metaverse is the core technology needed to represent everything inside the Metaverse.

For Nvidia, that technology is the open-source Universal Scene Description (USD) technology, originally developed by animation studio Pixar. Nvidia’s Omniverse platform is built on top of the USD.

“We’re working hard to advance the Universal Scene description, expand it, and make it viable as a core pillar and foundation of the Metaverse, so that it’s as similar to the Metaverse as HTML is on the web,” Leberedian said.

SIGGRAPH In 2022, Nvidia is announcing its plans to expand USD, including a new compatibility suite with graphics tools as well as tools to help users learn how to use USD.

Chatbots and virtual avatars aren’t a new phenomenon, but to date, they haven’t been particularly lifelike, but that may soon change thanks to the new Nvidia avatar engine.

Labradian explained that the Avatar Cloud Engine is a framework with the core technologies needed to create avatars. Avatars are robots that are powered by artificial intelligence that enables them to interact, understand and behave inside virtual worlds and metaverses.

“The metaverse would be a very dull and sad place without human-like representation or artificial intelligence,” said Labradian. “We are providing a toolkit of technologies needed to build avatars of various forms so that others can take these techniques and form their own unique ideas of how avatars should look, feel and behave in those worlds. should.”

VentureBeat’s Mission To be a digital town square for technical decision makers to gain knowledge about transformational enterprise technology and transactions. learn more about membership.