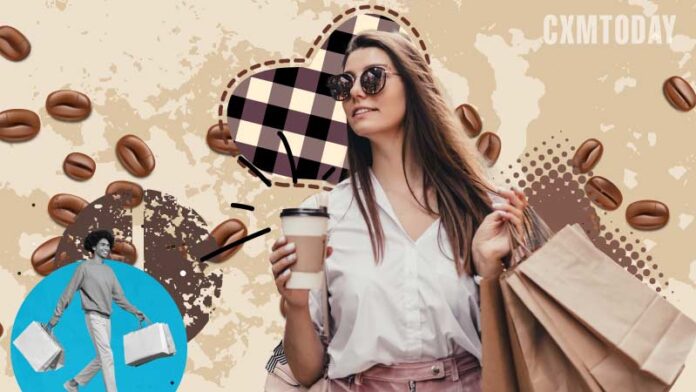 Those are findings from a study on how caffeine consumption before shopping influences purchase behavior. The study abstract states that consuming a caffeinated (versus non-caffeinated) beverage before shopping enhances impulsivity in terms of higher number of items purchased and higher spending.

“There have been a lot of studies on the effect of caffeine, but none really looking at how it affects consumer spending,” Dipayan Biswas, a professor of marketing at the University of South Florida in Tampa, and an author of the study, told the WSJ.

In fact, the shoppers who drank espresso were more likely to make what the studies’ authors describe as “hedonic” purchases—items that were more pleasurable or fun, such as candles, scented oils and artificial plants, in contrast to, say, kitchen utensils or office supplies. Specifically, 74.7% of the items the shoppers bought were classified as “high hedonic,” compared with 40.8% for the noncaffeinated groups.

In a follow-up study, the authors tried to replicate the results in a laboratory setting. This time the study’s subjects were U.S. undergraduates who drank caffeinated or decaffeinated ice tea and then were shown images of Amazon products. The subjects drinking caffeinated tea said they would buy more items—3.83—compared with 3.27 for subjects who had decaffeinated teas. The caffeinated group also were more likely to choose high-hedonic products.