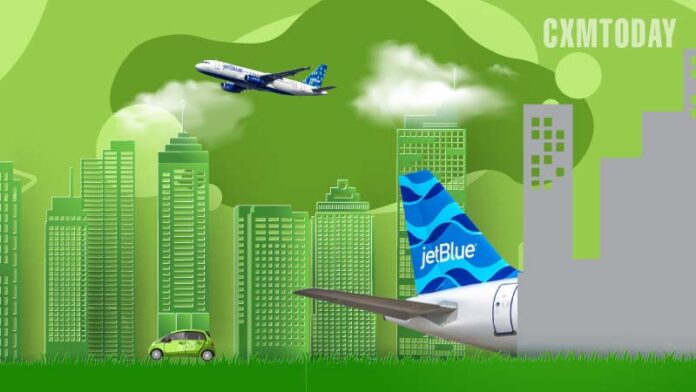 Why is David Neeleman called the most successful serial airline entrepreneur in history? There are multiple reasons. He launched Breeze Airways during a pandemic when most airlines were reeling and has four other air carriers to his name — Morris Air, WestJet, JetBlue Airways, and Azul Brazilian Airlines.

In 1999, Neeleman, who was earlier an employee at Southwest Airlines in ticket booking technology, decided to start JetBlue Airways (earlier NewAir). He wanted to make air travel accessible to all, but Southwest, established in 1971, was already doing just that. He differentiated the low-cost carrier experience by treating the economy flier with incentives like leather seats, live television, and a zany but accommodating crew. In 2000, the airline conducted its inaugural flight.

Later, the airline business passed the baton to Dave Burger in 2007, then to Robin Hayes, who took on the CEO role in 2015.

This year, J.D. Power, a global leader in consumer insights, data, and analytics, released its annual North America Airline Satisfaction Study, where JetBlue won the first/business segment with a score of 878.

So, how has the airline flourished over the years? It’s a blend of better data management and AI and ML’s power.

Data integration at its core

Like any global airline company, JetBlue had a pain point – data exists in disconnected, decentralized silos – a spaghetti architecture of sorts. However, unlike its competitors, JetBlue realized it sooner and tried integrating its numerous systems, eliminating data discrepancies, and advancing real-time situational awareness. As a result, in 2013, the airline and TIBCO started a project, better known as the Customer 360 initiative.

It empowers the airline to:

Uniquely identify customers: The core tenet of the platform is to develop a single platform that would connect to all critical systems and uphold a single version of truth for crucial metrics, such as traveler identities. With a central repository of data in place, it was easier for the brand to uniquely identify its customers and like it with their travel history, interaction with the airport or its call centers, loyalty data, and more.

Be prepared for unforeseen events: With a firm understanding of its passengers’ identities and what they wish to experience in the air, the airline remained ready to deal with any flight delays due to bad weather or missed connections. As a result, JetBlue had the necessary components to roll out a new system to address difficulties that arose without missing a beat.

JetBlue uses its Customer 360 platform at its Customer Experience operations center to view its airport operations, inflight crew members, and core customer support groups on a unified platform. When the pandemic hit, the JetBlue team realized that to recover from the crisis, the airline needed to prioritize data for critical decision-making.

Democratizing data for better productivity: The data science team with Snowflake – its partner in this endeavor – started a widespread data democratization campaign to give employees across the company access and the know-how to use advanced analytics to handle any situation.

AI as a competitive edge

In June, to enhance the airline’s capabilities for revenue optimization with precise, real-time decision intelligence and analytics, JetBlue teamed up with FLYR Labs, a technology startup focusing on enabling real-time dynamic pricing for the aviation industry. This was not the first time they had collaborated.

In the past, FLYR Labs helped the airline to offer personalized data products. With machine learning, FLYR’s technology analyzes incoming data streams from potential customers (such as demographic data, internet presence, and past purchases) to choose the best flight ticket, supplementary product, hotel, and rental car to offer each customer.

Additionally, JetBlue partnered with the ASAPP AI Platform to implement AI for sentiment analysis for its contact center operations. When a customer reached out to JetBlue’s contact center, operators were given pop-up script options and instructions depending on the customer’s questions.

The continuous urge to up its tech game

There remains a key differentiator for the airline – the creation of JetBlue Technology Ventures (JBTV) – a corporate venture capital fund. As the exclusive corporate venture firm for the travel industry, JBTV has access to hundreds of startup businesses striving to develop innovative solutions to improve the travel, hospitality, and transportation industries using cutting-edge technology.

In January, JTV made its latest investment in NLX, a startup that creates tools to assist organizations in converting their customer interactions into automated, customized consumer self-service experiences. As per the team, NLX differentiates from other incarnations of the bot experience in that it is the first company to use multimodal dialogues to drive automation through chat and voice.

Along the line, JetBlue is willing to integrate AI and advanced analytics to optimize its operations, fuel use, flight logistics, and autonomous technologies. “At JetBlue Technology Ventures (JTV), we think artificial intelligence (AI) and specific use cases for autonomous flight technology have a real future in supporting the aviation industry’s growth,” said Steve Taub, Head of Investments at JetBlue Ventures, in a company post.

JetBlue’s strategy of bringing together its customer statistics, market research, and operational data have enabled the brand to optimally use the information to introduce new in-air services, further strengthening the relationship with its customers.

If you liked reading this, you might like our other stories
Why Customer Intelligence Needs Data Virtualization
All You Need to Know: Google Duplex