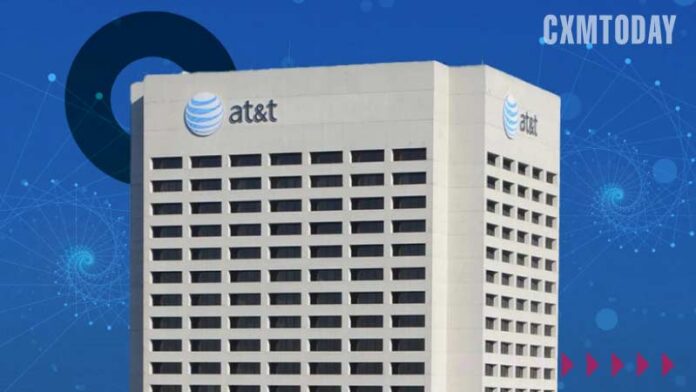 BRAND STORY Millions of customers and trillions of demands have been quenched through digitized workflow and a universal approach to data.

AT&T’s digital transformation has been driven by the company’s need to modernize more than 6,000 legacy applications to cater to its users. The complexities translating into higher costs had to be whittled down to sustainable spending to maintain the margins.

Legacy translates generously to AT&T, for it has its beginnings in the yellowed pages of history. The company is as old as the telephone and is firmly associated with its inventor, Alexander Graham Bell. He instituted the Bell Telephone Company in 1877, which after much tailoring, became AT&T.

The expansion comes naturally to AT&T. Such was its clout in the modern era that it even monopolized its way through two world wars. The telecom giant perhaps also wrote a page in the history of artificial intelligence and machine learning when in the 1950s, Bell Labs division developed a mechanical mouse that learned from its experiences and used its memory to navigate a maze.

Innovation, a penchant for adapting to new technology like fiber broadband and 5G, and a go-to-market strategy have made AT&T eligible for the label “great,” which it liberally uses in its content marketing.

This growth, however, translates into a large number of customers. The name changes and mergers have generated a historical burden on users. The problems further have been magnified by altering customer expectations and the eternal quest to impart the best experience.

AT&T has shouldered its historical burden by digitizing its workflows – by tying its internal mechanism so that it has a ring-fenced customer experience.

By 2021, the company had achieved more than $3 billion in cost savings, primarily reinvested into its growth engines. By 2023, it expects to reach $6 billion in run-rate cost savings.

AT&T has developed a triad of value with customer experience at the center. The telecom giant has scrutinized the revenue impact, CX, and cost implication of everything it did, which allowed it to simplify its key performance indicators.

Before jumping into automation, AT&T answered fundamental questions about its workflow and data: What were the actual tasks assigned to each digital flow? How long were people waiting for information? And how many defects were there in various steps along the process?

Eventually, it aimed to impart the next-generation customer experience by using data to optimize the process.

Greater the number of customers, the larger the amount of data.

AT&T carries more than 534.7 petabytes of data across its global network every day – these are trillions of demands by millions of consumers. The data, however, is spun across the global network through a common approach applicable to its storage and management.

The company has established a single source of truth (SSOT) for each defined data product, so people do not use different data sets on the same projects and come up with conflicting answers to the same questions.

There is a standard data catalog to find and implement data quality checks and security patterns across the data pipelines. A data governance council, which includes core data user groups across the firm, ensures that the common approach is in force all the time.

This plumbing is not only used to identify common pain points like network outages, nuisance robocalls, and device fraud but also works towards improving collection experience and enabling climate risk planning. The data is also used to expand the scope of 5G services beyond communication.

AT&T has integrated itself into education, gaming, and travel. In the education sector, it is attempting to bridge the digital divide that affects underserved students by expanding its free-device programs. It has even brought children closer to AR reading.

In the entertainment sector, the company has appended the virtual reality experience to popular content like Harry Potter and many upcoming films. With its acquisition of Warner – through which it distributes feature films – one can only expect the experience to elevate.

The streamlined workflows are operated by change agents – an army of customer service agents, sales support, and operations teams. Being closest to the end users, they can elucidate a consumer’s needs and pain points. The change agents also consider demographic needs, coming up with innovative solutions to modern-day problems.

For instance, AT&T launched a free tool for families to determine if their child was ready to use a cell phone. The company developed a PhoneReady questionnaire that takes parents through 10 basic questions about children and technology. Once complete, parents will receive one of three scores: Ready Zone, Almost Ready Zone, or Not Yet Ready Zone.

The parents can then opt for AT&T’s Family Media Plan, which allows them to build a customized media use plan. The plan includes conversation ideas, tips for finding positive media that supports exploration and kind connection, and ways to pull the plug and try alternate activities.

AT&T also has a well-equipped retention department to hear customers’ most heated calls. They are geared up to give tailored solutions to every problem – basically armed to elongate customer lifetime value. On average, a customer has been able to stay with the telecom giant for about ten years as they got good deals on mobiles and were able to switch their plans without much hassle.

The telecom giant developed a rigorous feedback gathering system and let data guide its decisions. Once problems were solved, there was room for more ideas, eventually leading to a cycle of innovation.